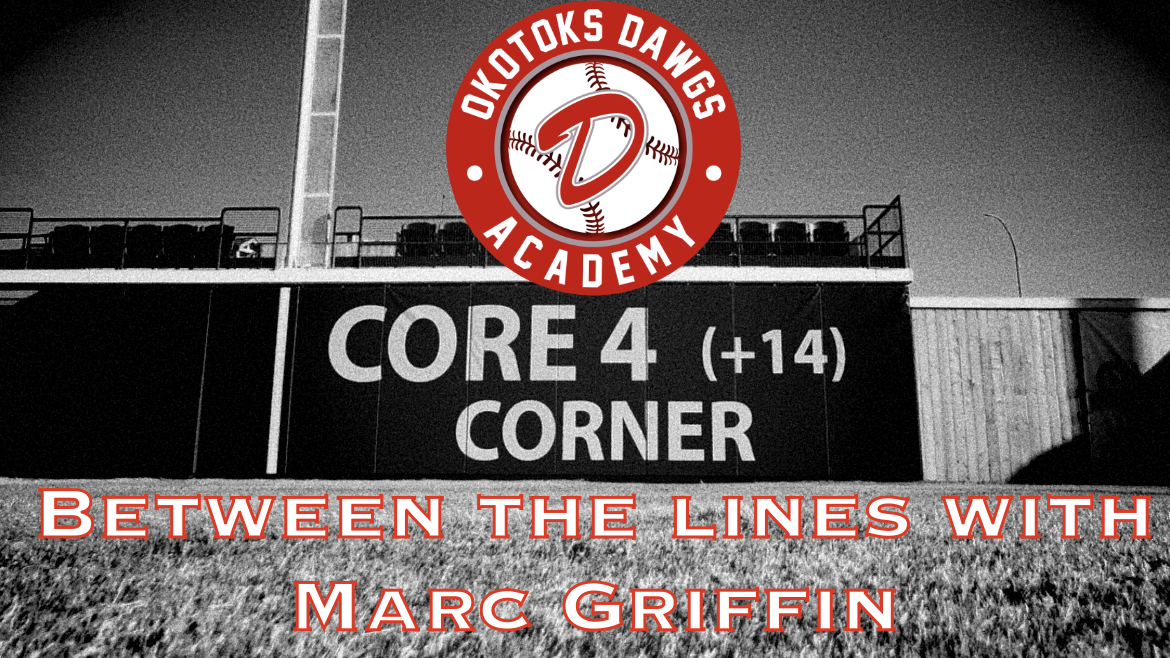 Q: Thank you for agreeing to participate in this interview. Allot of Dawgs fans and supporters  are aware of your son as an outstanding Dawgs Academy player, but not as many know about  your own baseball background. Can you give us a few details regarding your baseball resume?

A: Baseball has been a huge part of my life. I was a big fan of The Expos. Gary Carter and Tim Raines were my idols. As a young boy,  I wanted so bad to become an Expo, but I wasn’t the best player around. I made my first elite team at 15, my second year bantam. From then on, my baseball career took off. From the youth National team, to the NBI, to the Olympics, I became a professional player at 19 years old. Three years as a Dodger and got traded to the Expos with whom I played another three years. Would not trade those six years for anything in the world. As soon as I retired as a player, I became a broadcaster. Was a baseball analyst for the Expos for 10 years before they moved to Washington. I have been an MLB analyst on RDS since then. I was inducted into the Baseball Quebec Hall of fame in 2017. I wrote an autobiography that came out in March 2019 with the message of believing and going after your dreams, no matter how crazy they are. Oh and also, I have been an on-field coach for 15 years.

Q: You signed your first professional contract with the Los Angeles Dodgers, if you had to pick  a highlight or two from your experiences from your playing days, what would they be?

A: I signed with the Dodgers in July of 1988. The Dodgers won the World Series that year. In January of 1989, I received a letter that I was invited to Big League camp! Took me a few days to realize that. There are so many highlights to choose from, but my first appearance in a Grapefruit league game was against the Expos..and Tim Raines was in leftfield. That first spring, I started a game against David Cone ( two for two against him) and the Mets with Gary Carter behind the plate. You can’t make this up 🙂

Furthermore, twice I was named the most popular player by the fans in my minor league career. The connection I had with them made me a better person for sure.

Was fortunate enough to play with or against Hall of famers : Pedro Martinez, Mike Piazza, Jeff Bagwell, Mike Mussina and Frank Thomas.

Q: Speaking of the Dodgers, the entire baseball world recently mourned the passing of  Tommy Lasorda and celebrated what was an extraordinary baseball life. Did you have any  personal experiences involving Tommy?

A: Absolutely! Many of them. Me and a bunch of prospects won a game against him during spring training and for that, he took us all for dinner at an Italian restaurant. I was in an intense conversation with Mike Piazza when I received my spaghetti plate.  Without thinking, I started to cut my spaghetti! He started yelling at me as everyone in the restaurant turned around.  He ordered another one for me to eat it properly. The next year, same scenario as we were again invited to an Italian restaurant with Tommy, but I ordered a lasagna.

On the field, I was working on a new swing and he came to ask me how I was doing? I told him I was trying hard. He looked me in the eyes and said “you know, a truck driver can try, the lady at the cafeteria can also try!  Everyone can try! You, you wear a Dodger uniform so you do it!”

I have many others that I hope we can share eventually, but just great memories from this great person!

Q: You also played for Team Canada at the 1988 Olympics in Seoul, Korea. Numerous Dawgs  players over the years have donned the white and red of Team Canada at various National  and International Championships starting with the JR National Team, up to the Olympics in  Greece and the World Baseball Classic, what was the experience like for you of playing for  your country?

A: Making that youth National team was the difference maker in my baseball career. Will always be grateful to Jim Ridley. But walking into the Olympic Stadium in Seoul as a member of the Canadian delegation is undescribable! I was very young when the summer Olympics were in Montreal in 1976. Still remembered those opening ceremonies and asked my brothers how do we get there?  They said, you have to be the best in the world. Very proud moment and still have all the Canadian athletes gear from then, and we beat the US team as their only loss of the tournament.

Q: In your second baseball career you have been involved in broadcasting, first as a color  commentator with the Montreal Expos and more recently with the RDS Network. So much  talent passed through the Expos over the years; any players that particularly stand out from  your experience in covering the team?

A: Pedro Martinez and Vlad Guerrero were studs. Expos did not have the greatest teams after the 94 season, but those two guys made every day following the team enjoyable and impressive. Also, I was a huge fan of Larry Walker. So happy for him when he was inducted into the baseball hall of fame last year.

Q: What do you set the odds on a return of MLB to Montreal?

A: I am an eternel optimiste. I believe in Stephen Bronfman. It might be a split team with the Rays, but I like the chances. Montreal is a major league market and if it can provide a major league baseball infrastructure, it will work. Remember that in 36 years in Montreal, the Expos never had the chance to play in a true baseball stadium.

Q: You and your family have resided in Montreal but we at the Dawgs are thrilled to have  another Griffin standout, your son, Henri (or Hank as the boys call him) playing in the Dawgs  Academy. With your extensive baseball experience, what made you decide to send Henri out to join the Dawgs Academy at Seaman Stadium?

A: Many. Knowing my son when he came to Okotoks to meet the Dawgs staff and facilities, he was completely sold on everything. Quebec offers great options for baseball, but this decision was more than baseball. We wanted our son ( and two younger brothers ) to experience something more, something extremely positive for him to become a great person and to become an adult.  I actually went to the NBI (National Baseball Institute) in Vancouver in 86-87 and that experience was such a positive one. The first conversation we had with Tyler and the staff was so refreshing. It was exactly what we were looking for. We knew that Hank would be in great hands. Must say also, that the facilities are more then outstanding!

Q: We heard a rumor that the Griffin family may be more permanently moving to our  beautiful town in the Foothills, does that mean we can look forward to Henri’s younger  brothers (Leo and Edmund) joining the Academy soon?

A: Absolutely! Leo will join very soon as he turned 15 last October and Eddy will be 12 in May. Since they all came to Okotoks to visit their brother last year, there were no doubts in their heads that they would join eventually.

Not to forget the lady of the household, my wife Emilie, who is an athlete herself (synchronized swimming) a writer and a teacher. She has been pushing for our family to move to Okotoks because everytime she came, she felt something good, something right. So here we are.  The new family in town. We are looking forward to being part of the community and can’t wait to enjoy a great game at Seaman Stadium.

Thanks very much for participating in this website feature. Best of health to you and your  family and we hope to see you at Seaman Stadium sometime this summer. Go Dawgs! 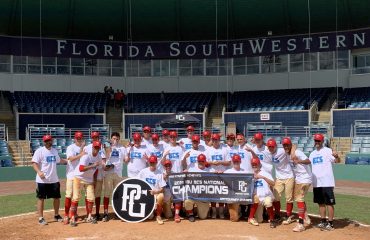 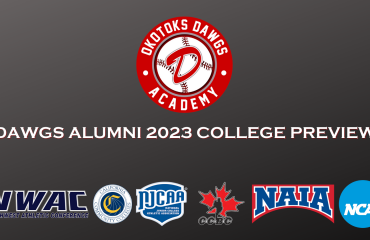 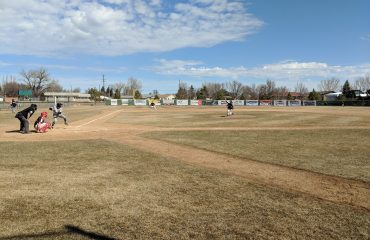 Dawgs 18U Black Split on Final Day in Williston