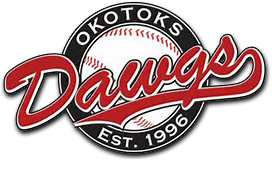 Dawgs Honored to be Listed in CBN’s Top 100 List

Each year, Major League Baseball Hall of Famer, legendary Canadian sports journalist and founder of the Canadian Baseball Network, Bob Elliott, compiles a list of the Top 100 Most Influential People in Baseball. The Top 100 is a prestigious list of the “Who’s Who” in advancing the game of baseball in Canada.

The 2019 Top 100 was just released, and once again it contains the royalty of Canadian baseball executives, players, coaches, broadcasters and others that have a positive impact on the sport. At the top of the list is former Montreal Expo and Colorado Rockies star, Larry Walker, hopefully named to the MLB Hall of Fame in Cooperstown later today. Others on the prestigious list are Atlanta Braves GM- Alex Anthopoulos, Edward Rogers of the Blue Jays ownership group, various current MLB players such as Calgary’s Mike Soroka of the Atlanta Braves, James Paxton of the New York Yankees, Joey Votto of the Cincinnati Reds, to name just a few. Other notables identified were Dawgs Hall of Famers, Greg Hamilton (#6)- Team Canada GM & Head Coach, and Terry McKaig (#37)- UBC Director of Baseball Operations.

It is with great honor that the Dawgs Organization is privileged to have several Dawgs named alongside these outstanding people involved in professional and amateur baseball across the country and into the United States.

Singled out at the very top of the list, listed as #1A following Larry Walker, was a group that Elliott describes as his “Okotoks Angels”. This Dawgs team is made up of

Lou Pote (Dawgs Pitching Coach and former Anaheim Angels pitcher), Savannah Blakely (Dawgs Phyiscal Therapist) and Angela Berger (Dawgs Photographer). The 3 were among those that played a major role in resuscitating Elliott after a medical issue at last year’s Dawgs Banquet and Fundraiser.

Moving up on the list to # 12 (from #15) is Dawgs founding and managing director, John Ircandia, who was honored with his highest ever ranking. Ircandia was recognized for his outstanding contribution to amateur and youth development which includes:

The Top 100 also paid homage “In Memoriam” to a list of baseball luminaries lost this past year including former Dawgs director and donor, Bill Tanguay.

Several Dawgs were also among those identified by Elliott in his Top 100 as “Honorable Mentions”. These included:

Looking ahead to 2020, the Dawgs will continue to raise the bar in amateur and youth baseball. 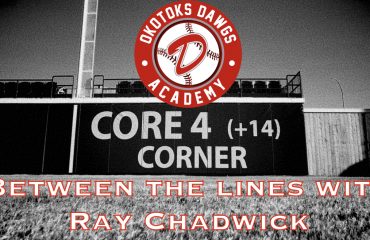 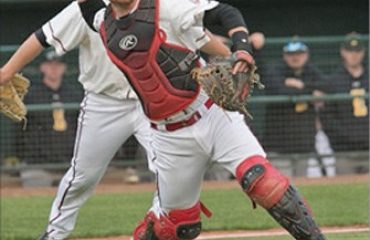 Outside the Lines with Gavin Logan