The Dawgs Organization prides itself on offering premier youth development from the grassroots 13U players, all the way up through the 18U and collegiate level. The Dawgs are extremely proud of the ‘young Dawgs’ grinding their way through a very competitive season.

The 18U Black Dawgs have continued on with their lofty reputation as one of the premier teams in North America this year. They are currently 25-8 against the best competition around. Early season highlights include the Kelowna Invitational (Champions), Okotoks Mother’s Day Classic (Champions), Best of the West (Championship), and a series win against rival Vauxhall Academy. They will look to keep the early season momentum going with games against Red and Badlands this weekend, followed by a home series against the Okanogan A’s the following weekend.

The 18U Red Dawgs have had an outstanding start to their season posting a 22-8 record, posting wins against the 18U Black team, collegiate junior varsity teams, local academy’s, and other strongly recognized teams in the country. Their impressive team play brought them to within one run of advancing to final of the Mother’s Day Classic, falling 7-6 to the 18U Black team. With bases loaded in the bottom of the seventh and two outs, they were unable to push across the runs that they needed, but a great day for the Academy nonetheless. They will look to continue their strong showing as the take on 18U Black and Badlands Academy this weekend before leaving for Seattle on Tuesday.

The 16U Dawgs are coming off a strong showing in the Mother’s Day Classic tournament hosted here in Okotoks. After almost upsetting their older brothers the 18U Red team in a 9-8 barn burner, the 16U’s finished up the tournament in the semi-final game bowing out to the North Delta Blue Jays. The 16U’s have been led by the stellar play from their shortstop and catalyst Ryan Dousett among many others. Their mound presence has been anchored down by ace right handers Kayden Larson, Logan Rumberg, and Brody Forno.

The 15U Black and Red teams have also been off to a busy start to their seasons. With the 15U Black team posting a record of 16-9 and battling hard while playing up in the 18U Mother’s Day Classic this past weekend. The ability of a 15U team being able to compete in an 18U tournament is a testament to the team’s strength. The outstanding play on both sides of the ball has put spotlights on Conor Pote, Luke Wilson, and Russell Mattson. Not to be out done, the 15U Red team has an early record of 4-4 in the Norwest Bantam AAA League. Their season has been highlighted by their performance in the Best of the West tournament in Kamloops. With an emphasis on strong team fundamentals, they have worked hard to show that they are a going to be a tough matchup for everyone during the season.

The final update comes from our youngest teams in the academy the 14U and 13U Academy teams.  The 14U Dawgs have a record of 7-4 in their young season; they are looking to beef up their record this weekend as they take on the Camrose Cougars and St. Albert Cardinals in Camrose this weekend. The 13U Dawgs are off to Regina to take part in the Legasse Tournament, they will be heading to the tournament coming off of an incredible 30-2 win against Fort McMurray this past weekend and a Norwest Peewee AAA record of 5-0.

The Dawgs academy prides itself on providing the most challenging schedules possible at all levels. This often means teams will play ‘up’ a level or two early on, ensuring the development of its athletes. As a subsequent result, the young Dawgs are learning the fundamentals of the game at a very high rate. Among the very competitive league and exhibition schedules remaining for the respective teams, a few upcoming highlighted events coming up in Dawg land are: Art Wright Memorial Classic (Seattle, WA), Langley Blaze Invitational (Langley, BC), 18U BCS National Championship (Fort Myers, FL), 13U Kelowna Invitational, 15U Canada Day Host Tournament, 15U National Championship (Nashville, TN), 18U National Championship (Indianapolis, IN) and all respective Provincial and National Championship tournaments.

18U Red, 16U, 15U Red and 14U Dawgs Academy teams will all be leaving on May 22 to take part in the Art Wright Memorial tournament in Seattle, Washington. Good luck and safe travels to all the teams. Go Dawgs! 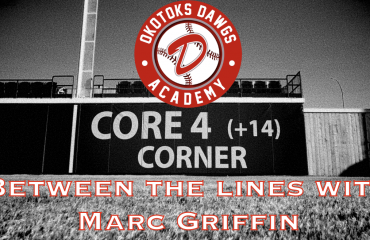 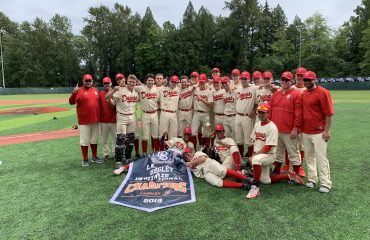 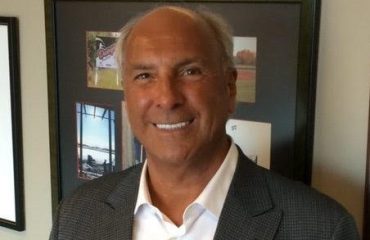