The Dawgs couldn’t keep up with Gonzaga University and fell 20-3 on Saturday.

Simon Lusignan took the loss for Okotoks Dawgs 18U. He lasted one inning, allowing three hits and 5 runs while walking one. Jackson Fraser started the game, he allowed two hits and two runs over one inning, walking one. Blake Pongracz and Matt Wilkinson each pitched one scoreless inning, each collecting 2 strikeouts apiece. Sophomore Jose Nunez was impressive in his one inning of work, allowing one run on hit while striking out one and walking one.

Ricardo Sanchez went 2-for-3 at the plate to lead the Dawgs offence. Sanchez hit a line-drive single his first at-bat to left and a bases clearing double to the right center field wall to finish with 3 RBI’s on the day.

Defensively, the Dawgs played solid defence on a busy day in the field, committing only one error.

Okotoks Dawgs 18U fell behind early and couldn’t come back in a 15-2 loss to Seattle University on Sunday.

The Dawgs pitching staff struggled to contain the high-powered offense of Seattle University, giving up 15 runs.

Jackson Fraser took the loss pitching one inning, allowing two runs on three hits, striking out one and walking one. Sophomore Logan Rumberg was impressive during his outing. Rumberg lasted three and two-thirds innings, allowing 5 hits and 2 earned runs while walking none and striking out one. Boston Warkentin, Davis Fenske and Cole Huebner all pitching one inning apiece and competed very well.

Alejandro Cazorla went 2-for-2 at the plate to lead the Dawgs offense including a double, one RBI and one run scored.

The Dawgs offense had their most complete game to date with 10 hits. Aidan Rose led Okotoks Dawgs 18U with two hits in two at bats. Logan Grant chipped in with an RBI single to right field. Tag Weder and Connor Crowson each chipped in with a triple, Crowson to right centre field wall and Weder short-hopped the centre field wall. Daegen Morcom, Luke Wilson, Kellen Bourne, Jean-Luc Bussieres and Cole Huebner all had one single each.

Okotoks Dawgs 18U watched the game slip away early and couldn’t recover in a 2-0 loss to Oregon State University on Tuesday.

The pitching was strong on both sides. Oregon State University pitchers struck out seven, while Okotoks Dawgs 18U sat down five. 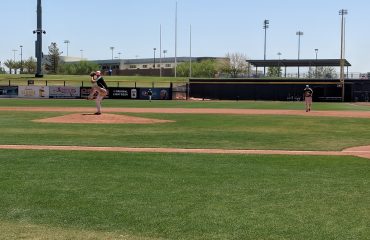 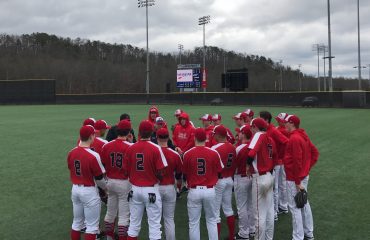 Dawgs Set to Open Up Season in Okanagan Invitational Tournament 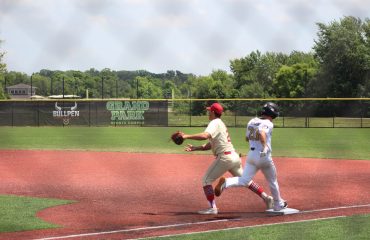